Above: The Ravens group that recorded this week's selections. (L-R) Joe Van Loan (tenor lead), Willie Ray (baritone), Willis Sanders (tenor), and David Bowers (bass). Joe Van Loan also sang with The Ravens on Mercury, The Dixieaires on Harlem, The Bells on Rama, Charlie Fuqua's Ink Spots on Ford, and The Du Droppers, among others. Willie Ray had also been with The Du Droppers. Willis Sanders was lead of The Embers and was with The Marshall Brothers. David Bowers had sang with The King Odom Four and also The Larks on LLoyds.

Click HERE for an article about The Ravens by Marv Goldberg. (Will open in a separate window)


Above: Label image for Argo 5261. This was the only release by this specific Ravens lineup. Only Joe Van Loan was on all the Argo released sides.

Listen to this week's selections by The Ravens: [Audio restoration by Dave Saviet.] 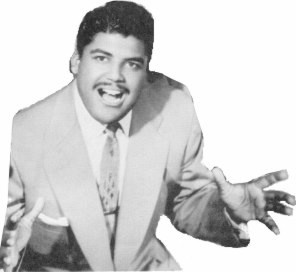